It’s hard to not compare the Miami Show with the great Fall Annapolis Sailboat Show. While not as large with fewer boats and spread out over several locations, it still is an exciting Show. After helping out the Passport Yacht folks in Annapolis for the past few years, I signed on as broker in time for Miami. Passport builds semi-custom, high end sail boats from 47 to 62 feet. Older brokerage boats include 40 foot models from the late ‘80s – all of which are still sailing. 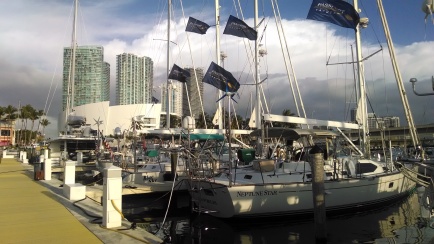 It’s great to be associated with a company so dedicated to producing the highest possible quality product. These boats, in my opinion, compete favorably against any of the other high end sailing yachts – including Oyster and Hylas that I had the chance to explore at the Show – they were parked right next to us. 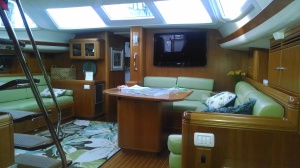 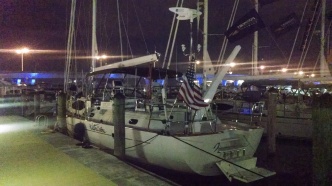 The Show was busy with steady traffic, but weather up north apparently limited travel for some.  It was also my first time to see a bit of Miami as well as travel the length of the Keys. It was an interesting, if long, drive from Key West to Ft Lauderdale where I left the car. We car-pooled back to the Show to save on parking and facilitate moving one of the boats back to its home berth. It was also fun to meet so many folks, including other members of sailing networks that I knew only from on-line postings.

At the end of the Show, I got to sail on the 2013 470 center cockpit (my favorite Passport) back to Ft Lauderdale. It was a sunny day with 10-15kts of breeze making for a steady broad reach run of about 5 hours up the Florida coast at 5-7kts. What a great sailing boat! 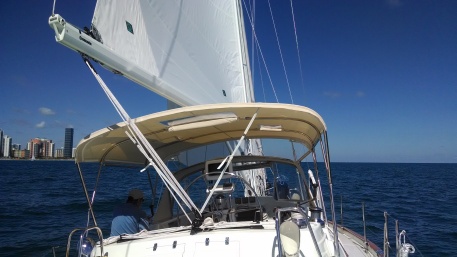 This was a great way to begin closing out this adventure. Next week crew flies down from Annapolis to help sail/motor back north – reversing last Fall’s trip down the AICW. Given the cold winter back home, we’ll be moving slowly to allow time for Spring to arrive and hopefully warming temps.